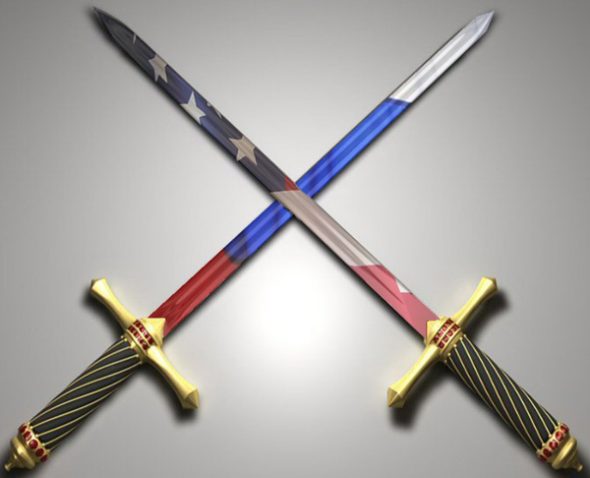 Tribulation is abounding
The warning bell is sounding
As Nations are preparing for their battle.

A show of mighty force
Designed to slow our course
To aid our ally when their sabres rattle.

Russia has proclaimed
Their own ally is then named
Iran is chosen to be their protected.

Israeli’s have long known
The strength of enemies have grown
They’ll respond in kind… if missiles are directed.

Talk is cheap… it has been said
Action should be first instead
Don’t tell all that you know before the fight.

Israel long has been alerted
Their demise has been diverted
They’ll stand their ground, and give no thought of flight.

GOD will vanquish all who dare
To deny HIS chosen’s share
of lands that HE had given centuries past.

The enemies will perish
For the hate that they did cherish
All traces of them will be soon forgot.

GOD’S own fury will they face
Before predicted fight’s takes place
HE’LL gather Israel’s enemies in one spot.

It is GOD who will defend
And the battle soon will end
In the valley of decision as it’s written.

GOD will strike the final blows
HE will vanquish Israel’s foes
Those who dared will finally be smitten.